SOLD!! Lewis Hamilton’s McLaren F1 Race Car. $4,730,000 British pounds or 6.45 million dollars!!! Making big news this weekend at Silverstone was the RM Sotheby’s auction of Sir Lewis Hamilton’s McLaren MP4-25A F1 Car. The car won three grand prix races, in Turkey, Belgium and Canada, in 2010, driven by Lewis himself, making the value of the car even more enticing. “No Lewis Hamilton Formula 1 car has come on to the public market before, and the fact it is a race winning car adds to the interest around it,” says Peter Haynes, RM Sotheby’s public relations and marketing director. 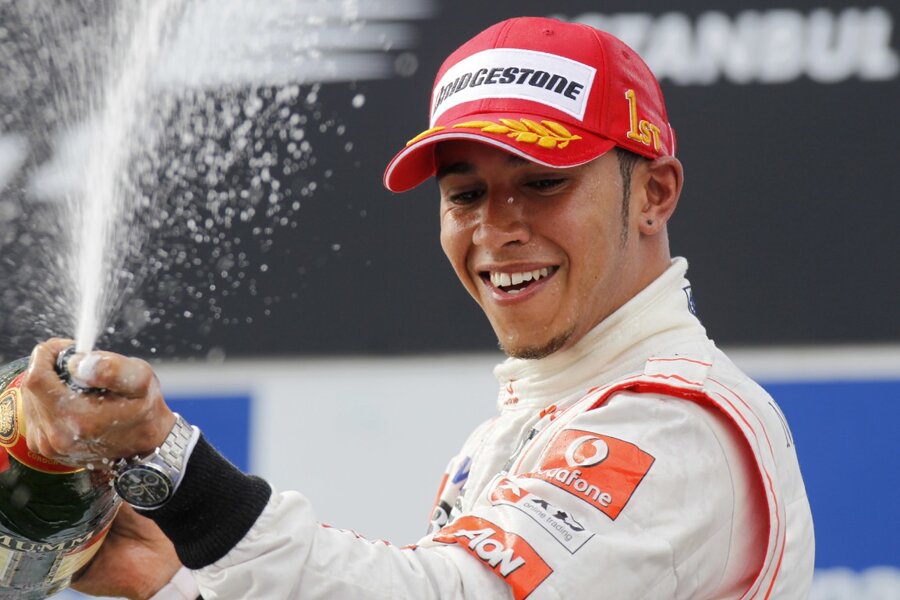 7 time World Champion F1 Driver, Lewis Hamilton wins his home race this weekend at the British Grand Prix on the Silverstone Racetrack!! Congratulations Lewis, well done! Also, scoring points for Mercedes was Lewis Hamilton’s teammate, Valtteri Bottas, who took third place on the podium. It was a tough fight for the second place winner, Charles Leclerc. Kimi Raikkonen also reached a milestone becoming the driver to have raced 20 consecutive races at one track, Silverstone, the most of all the drivers.

“A British car, that was driven by a British driver, being sold at a British Grand Prix. All of those things dovetail together nicely.” Haynes, of Sotheby’s says.

RM Sotheby’s worked with Formula One and the Director of Hospitality, Kate Beavan, to create a unique experience to auction the car at the track. It was 1998 and 1999, two-time Grand Prix McLaren title winner, Mika Hakkinen, who drove the car around the track before the auction.

“With a unique proposition like this, we owed it to ourselves to find an interesting way to sell it.” “We wanted to go even bigger at Silverstone and try something that’s never been done!” said F1’s, Kate Beavan. It is great to see Sotheby’s and Formula One working together. We hope for more of this in our future. 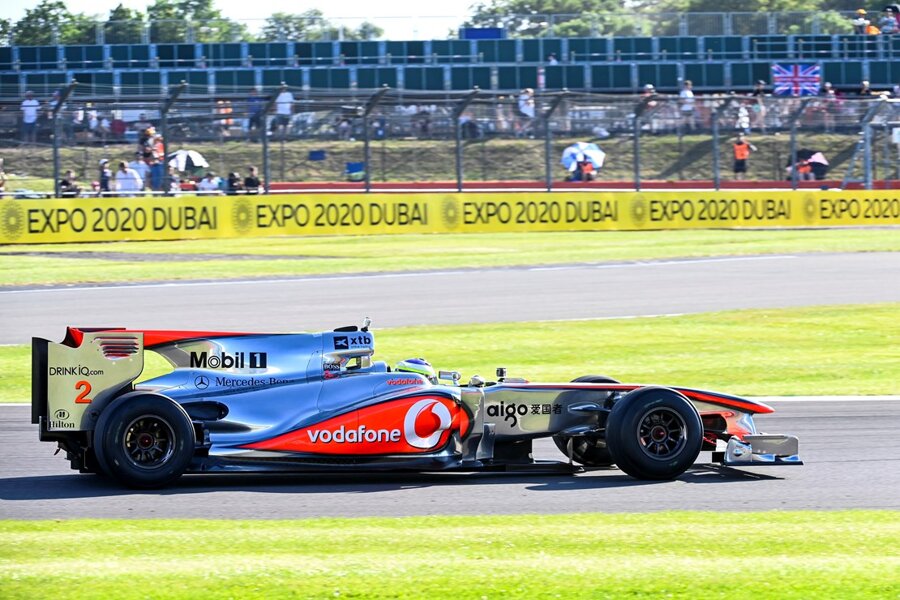 Lewis’ win was not without its controversy after the collision with rival, Max Verstappen, the current series points leader. The good news is Max is okay and ready to challenge Lewis again in Hungary. It is true wheel to wheel racing this year, and these two competitors are creating tension and excitement on the grid. “Sotheby’s…. connecting the world through history, art, fine automobiles, fine homes, and fine wine, and of course the finest of clients.” says Shen Schulz of Malibu Sotheby’s Realty and the Malibu Riviera, Shen is also an F1 enthusiast. “We appreciate the Sotheby’s connection from Malibu to Monaco. Cars, art, homes, and legends. Sotheby’s represents the Rivieras of the world.”

Malibu Minute - Paradise Cove Paradise Cove, located just off the Pacific Coast Highway and just down the road from Malibu's Point Dume. This area is a very private and gated Malibu mobile home park beachfront community. Located on the bluff above the Pacific Ocean with trails to the sand, these homes feature golf...
Video: What Is An Escrow? Some of you may be curious about the process of escrow on your new home. Well I'm here to tell you about it's importance and the process of an escrow!
Up for Auction at Maximum Speed: Formula 1 Champion Lewis Hamilton's Grand Prix-Winning Race Car When this 2010 McLaren-Mercedes MP4-25, chassis no. 25A-01, takes the track before the Formula 1 Pirelli British Grand Prix at Silverstone in mid-July, it will represent a return of a veritable chariot, used by inarguably the greatest of our generation’s gladiators, once again operating at full speed, as...
Browse more News & Updates →
For Sale 27352 Pacific Coast Malibu, CA $13,995,000
For Sale 20530 Pacific Coast Malibu, CA $4,500,000
For Sale 524 San Vicente West Hollywood, CA $1,900,000
Browse more Listings →
shenschulz HAPPY FRIDAY 🏄🏼‍♀️ 📸 @richardpodjr
About 1d 14h 55m ago
shenschulz How are you elevating your marketing game in 2023? There’s... more
Feb 02
shenschulz This beachfront home near Moonshadows restaurant is newly remodeled with... more
Feb 01
shenschulz Enjoy views from Pt. Dume to LA in this enchanting... more
Jan 31
Follow @shenschulz→